A Thought for Today from Scott

A reflection on our current state of affairs by Scott Jepson.

The other day as I was preparing to lead Communion in our time together, I was struck by some thoughts. I thought back several years ago to when Kerry and I were members of Life Bible Fellowship and our senior pastor was Ray Schmautz.

He taught us that the New Testament can be divided into 3 parts. First, the Gospels; second, the Book of Acts; and third, The Epistles or Letters. He said if an something shows up in only one of the three sections it’s probably special for that time and we probably shouldn’t be trying it.

For example, Jesus walking on water is mentioned in many of the Gospels, but doesn’t come up in Acts or any of the Epistles. So, we don’t expect it to be evident in our lives now. Another example is the believers selling their possessions and laying the proceeds at the Apostle’s feet. Following this as an expectation of all believers has led to many of the cults we’ve seen in recent times.

If something is mentioned in two of the three sections, we probably should be doing it if we’re led to. An example might be speaking in tongues. We find it in the Book of Acts and also the Epistles, but it does not come up in any of the Gospels. Therefore, we should be doing it as we are led.

Now comes the interesting part. If it’s mentioned in all three sections you better be doing it. It’s a commandment. Examples. A saving knowledge of Jesus as your savior, baptism, communion, and the gathering of the saints.

It’s a weird time we’re living in. This self-quarantine that’s getting more restrictive all the time. But it is really encouraging to me how churches are being really creative in continuing to meet. It’s exciting to see people from other states wanting to be part of our service. Exciting when Aaron shared about his friend’s church of 150 people and over a thousand people tuned. I can only assume that other churches are having similar results.

Another thing I was taught was, in the history of the world, the time that Jesus came was a perfect time. Before he was born travel was very hard. There were few roads and limited sea access. The Roman Empire and King Herod changed all that. They built cities, they established a road system that went between the cities. The sea also became more accessible as they established trades routes. The Gospel was easy to spread.

It seems to me we might be living in a time such as that. Right now, it might be easier to get the Word out and into different places. An article I read recently mentioned how sad it is to see churches empty. Another person said, “the churches aren’t empty; the Church has been deployed!” The Church has always spread when the Body is pushed into acting and when things get hard. Can you imagine if this happened 5 years ago, how impossible it would be to continue to meet as we are now? Since the time of Jesus communication has never been easier. Getting the Gospel out has never been as easy as it is today.

I might be way off and this is difficult to say, but I think we might be entering into a time of a major revival. Maybe even entering into the final days when God will call us home.

Scott and his wife, Kerry, are both active participants in their local church, The Neighborhood Vineyard. They also serve faithfully in their community through both local and international ministries. They live in Southern California.

This author hasn't written their bio yet.
nvcfamily1 has contributed 5 entries to our website, so far.View entries by nvcfamily1 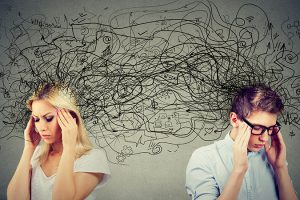 Anxiety is similar to Fear, but different. I see Anxiety[...] 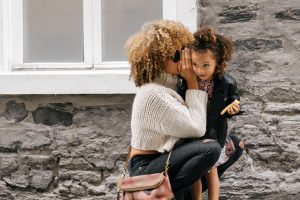 How Can Churches Help Families?‎ 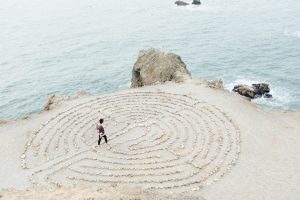 Your Story Is Powerful!

The life God has given you is uniquely yours. All[...]

Your email is safe with us.